Man’s experience in exploiting air power has been indeed diminutive. Nations, for hundreds of years had derived their security and prosperity from their ability to exploit land and sea, both in peace and war.

But only in the recent years, was it realized that the capability to exploit the third dimension of air power is the single most important underwriting factor of national power. Air power was born in war and nurtured in peace.

This third dimension has now become an influential medium of national power. History has witnessed that in any war scenario, air transport component of air power has a dominating role. As well as. in peacetime it has opened a new time-distance relationship.

A transport airplane with its capabilities of transporting has actually made a three dimensional landscape. It surrounds the globe so much so that “Victory through the air power might actually be the victory through air transport”.

As it is said that Fighters they make movies, and transporters they make history. And as Sir Winston Churchill said, about the transport fleet. “Tell them from me they load and unload policy, strategy, history, and victory”.

Air transport is like an artery that supplies blood to the vital organs. Only because of these giant birds an air force can achieve global reach and universal power projection.

The importance of these pelicans can be gauged from General McKay’s statement who has been a renowned US war commander in Iraq “I cannot have my combat crew waiting for ammunition and store as I was not sending them to Iraq to chew barbed wires and that’s the reason that Strategic Air lift command should be first in and last out”.

Air transport operations involve the movement by air of personnel and cargo within and between theatres of operation, conducted in support of all types of sea, land and air forces.

Air Transport is the fastest means of moving men and material to the areas where the surface lines of communication either do not exist or are poor.

No 6 ATS Squadron is the oldest squadron of Pakistan Air force, being one of the nine IAF squadrons raised before the World War II. Of those pioneering nine, it is probably the one that has the most varied history and has assumed the widest range of roles.

Being the back bone of PAF Transport fleet, the Squadron has never failed to meet the demands of the country. Apart from normal, air transport support role, the Squadron has conducted numerous varied unconventional and even unrealistic tasks.

The role and task of No 6 ATS Squadron, is to provide transport Support to Fighter Squadrons and Air Defense units of PAF. It also provides tactical support to army for personnel and equipment, logistics support to PAF and sister services.  Furthermore, provides air transport support in any national and international calamity.

The operational history of No 6 ATS Squadron is so dynamic  that a few pages might not do justice with it, a number of books have been compiled by many renowned authors covering the blood pumping operations carried out by squadron in the last 77 years.

A very brief description of the squadron’s operational history is appending in the following paragraphs.

Not within Pakistan, but whenever required and called upon by the brotherly countries, PAF in general and No 6 ATS Squadron in particular has responded promptly.  They undertake operations which require dedicated and highly skilled efforts.

Because Only Together We Can

The squadron in different countries conducted many operations, out of those operations the worth mentioning are the relief operations.

Few of the countries where such operations conducted include Turkey, Bangladesh, Afghanistan, Albania and Iran. On 26th December 2004 a Tsunami struck south East Asia with a jolt.

Relief flights sent to Colombo, Sri Lanka and to Male, Maldives. Similarly, during flood relief operations to Bangladesh in 2007 the squadron flew extensively to provide food and medical supplies.

In 2014, a devastating earth quake hit Kathmandu, Nepal which resulted in loss of thousands of human lives.

During such odd times, Government of Pakistan decided to lend a helping hand to the helpless people of Nepal.

The transport aircrew of PAF, felt proud in undertaking such sorties to help the needy people of Nepal. 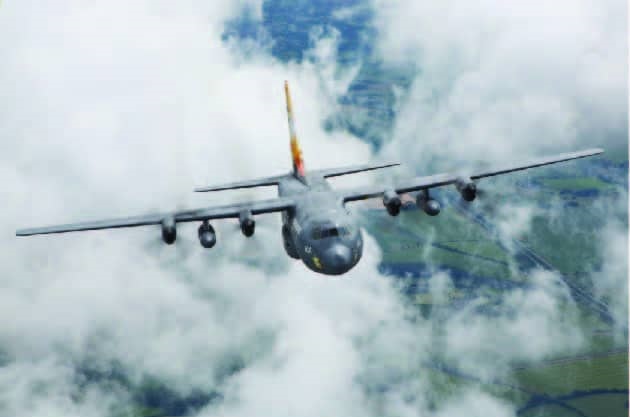 In order to counter the insurgency and prevailing situation of terrorism, No. 6 ATS Squadron has actively participated in operation Zarb-e-Azab, Khyber I,II,III,IV, operation Rahe-e-Rast and operation Radd-ul-Fisad. The untiring efforts of Squadron ensure the internal security of our dear homeland have appreciated nationwide.

No 6 ATS Squadron has successfully under taken ISR operations in Kingdom of Saudi Arabia.

No 6 ATS Squadron are regularly undertaking ISR missions for strengthening the PAF premises. 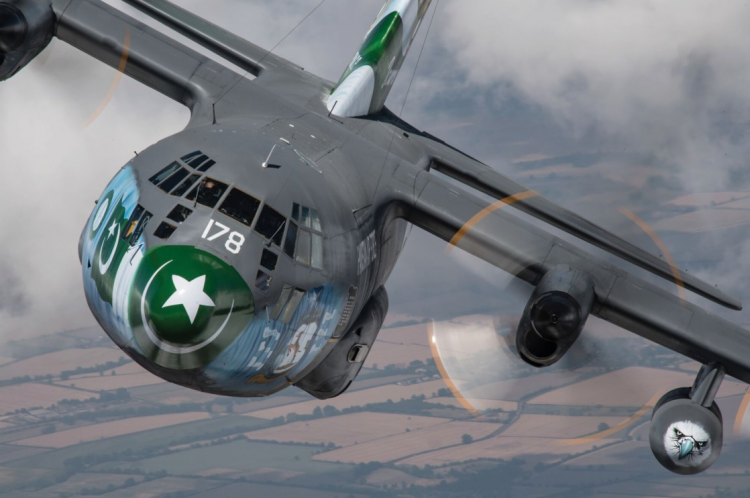 Being the oldest Squadron of PAF and pertaining to a heritage of widespread history, the squadron celebrated its 75th Anniversary on 2nd December 2017 with full zeal and zest.

The dawn of 2020 saw the birth of a deadly pandemic named CORONA VIRUS (COVID-19) that jolted the entire world. Restricted movements and lockdowns were the order of the day.  But in order to move the essential men and material to fight this menace, No. 6 ATS Sqn reliving to its glorious traditions of being the first one to step into the battlefield. It stepped forward and conducted round the clock air mobility operations.

Till 10th of April, 2020 No 6 ATS Sqn conducted 15 sorties airlifting 349,573 Lbs of cargo including testing kits, protective equipment’s and other items. They sent the liisted material to every corner of our beloved motherland in order to curb this disease.

Due to this ongoing pandemic of COVID-19, aviation operations worldwide has put to a halt. Once Pakistan International airlines, under the able leadership of Air Marshall Arshad Malik, vowed to help the stranded countrymen worldwide. And restore its operations partially, the immediate problem was the positioning of PIA pilots nationwide.

Once again NO. 6 ATS Sqn stepped forward and despite all odds helped PIA by airlifting PALPA pilots and positioning them nationwide.

Be it peace time or a war scenario, achievement of a cargo or passenger sortie, or the conditions dictate accomplishment of a humanitarian relief mission in the calamity hit areas, both nationwide and abroad, No. 6 ATS Squadron has always responded promptly and is therefore, undoubtedly the pride of Pakistan Air Force.